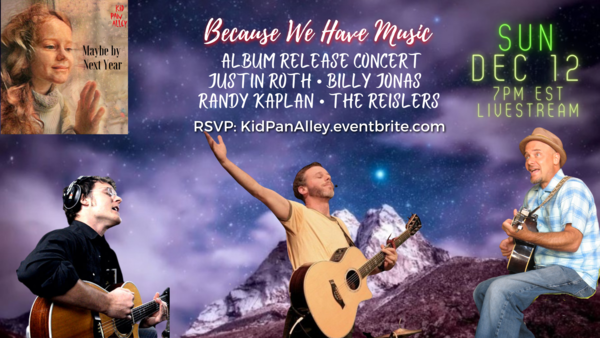 Kid Pan Alley’s Because We Have Music free virtual house concert series presents a special album release concert for their new album Maybe By Next Year. The concert features several of the artists on the album including Billy Jonas, Randy Kaplan, Justin Roth, along with hosts Paul Reisler and Cheryl Toth.

Kid Pan Alley has written over 2,800 songs with 70,000 children over the last 21 years about almost every subject one could imagine. But, during the Covid-19 Pandemic, the kids mostly wrote about what they were going through, their struggles, and what the world might be like when this is all over. It’s about their deepest feelings and their healing. 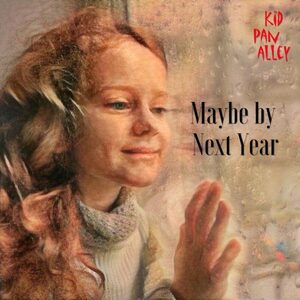 Maybe By Next Year is an album of those songs recorded by Kid Pan Alley featuring some of their favorite singers including Darrell Scott, Randy Kaplan, Billy Jonas, Robbie Schaefer, Natalia Zukerman and many others. The songs are a glimpse into the thoughts and dreams of children as they experience life during the pandemic. The album is now available everywhere.